The Red Lion is located at Main St, Knapton, York YO26 6QG, UK, we aim to offer all our customers a great experience with The Red Lion and we would be happy to assist you with any questions you may have.

Book an appointment or need answers to a question, please feel free to contact us by phone 01904 793957 or visit our website

Need to know more about this business, please call us during business hours or visit our website and can get more information – of The Red Lion by http://www.redlionpubyork.com/ .

Do you own this business ? Please make sure you claim this business and free listing, once claimed you will be able to amend the description and contact information?

Note: These Images are displaying via Google Maps Api, If you see any Copyright violation on our website please contact us ASAP. Attributions: BMT NML

I had the 3 course Christmas dinner at the Red Lion and the food was beautiful I would like to recommend this place. Everything was presented well and tasted fab. I had the smoked salmon followed by rack of lamb and then home made pavlova.

Lovely family-style and Sunday roast to boot! Albeit not the widest selection of sides I've ever see

Lovely family-style and Sunday roast to boot! Albeit not the widest selection of sides I've ever seen but everything they do are of the highest quality. The braised red cabbage and beef were the highlights with a variety of gravy to choose from. A northerners dream come true!

Lovely local pub, with friendly staff and good food. I would recommend!

Lovely local pub, with friendly staff and good food. I would recommend!

I’m glad to have. Had 2 meals here, they confirmed my opinion. The 1st lunch I had to ask for a s

I’m glad to have. Had 2 meals here, they confirmed my opinion. The 1st lunch I had to ask for a sharp knife because the chicken breast was really tough. For the 2nd lunch I had the “signature burger”, I thrown away better burgers, it was all but inedible. The final touch was when my guest said “we must do this again but we’ll go somewhere else.

I booked this pub to round off a stag do from a nearby activity centre. The staff were very accommod

I booked this pub to round off a stag do from a nearby activity centre. The staff were very accommodating and friendly, the food was excellent and was served in good time given the size of the party. Reasonable cost too given the quality of the food we had: main, desert and three drinks each came to just over £40 per head

Lovely pub, great that it’s reopened! Staff friendly and accommodating, food delicious! Eton mess is to die for. Thank you Craig and staff 👍🏻👍🏻👍🏻

A good friend organised a get together for 4 of us, two couples, about a week before we visited. Th

A good friend organised a get together for 4 of us, two couples, about a week before we visited. The site reviews suggested a new management and gastro-pub food. So this was what we expected. There are good points and bad points. Half of us had food that was OK, the other half had to send food back because it was cold and uncooked. The bad points. * Only two people had starters - one starter (from the Christmas Menu) was the soup, which arrived cold. This was sent back to the kitchen and was returned some 5 minutes later but only warm, not piping hot. * Two main courses were from the Christmas menu; vegetable Moussaka. These were both luke-warm, with the aubergine and courgette uncooked. Both were sent back to the kitchen. These were never returned and no-one came to offer anything else as a replacement, (even a sandwich would have done). * The reason given for the cold food was 'there has been a power cut in the kitchen'. No further explanation was offered. * Three people had desserts, which were OK and acceptable (but not a wow!). * Decaffeinated tea or coffee were not available, so we skipped those. * The bill when presented, we were told "has a sight discount", which proved to be the case - very slight, £6 in fact. The Christmas Menu prices are £22 for two courses and £28 for three. We were charged 4x £22. Two meals were OK at £22 but the remaining two were not even realistic. £22 for a starter (cold soup; then warmed) and a dessert, seems excessive; the Main Course having been sent back uncooked and never returned, or replaced. One person was charged £22 for a dessert only, it being the edible part of the meal; the main course having been sent back as uncooked and never returned or replaced. * Three times we had to ask for a jug of water. * When asked for any sauces for the main course, Tabasco was requested and never arrived, no reason was given. * The drinks prices are excessive; £7.50 for a glass of wine and £9 per pint for beer. * The hand dryers in the toilets do not work. * Communication between the front of house and kitchen was not evident. Cold food and missed courses were 'not realised' by the front of house, who then took a defensive manner, over a bill that asked to be paid for something not had. The good points. * The refurbishment is smart and cheery; with a good ambiance. * The car park is newly tarmac covered and is safe and dry to walk across. * The staff were initially attentive but became flustered when a large party arrived late. * Apologies for cold food were offered, often. * A discounted price was offered as "We do not want a bad review. We have a reputation to keep." * Front of house did say they wanted us to return and that it "had been a bad day." This is a fair and representative report on our first visit to the Red Lion. We all understand having a bad day, we have all been there. We may have a second go, we may not. We will watch the reviews and wait until things settle down. There are far better locations around York to eat, drink and be merry.

We popped in for Sunday lunch to see what it was like after reopening… BETTER THAN EVER! The beef

We popped in for Sunday lunch to see what it was like after reopening… BETTER THAN EVER! The beef was perfectly cooked, melt in the mouth! The Yorkshire’s… WOW, roasties… AMAZING! We got some carrot purée too and that was just a delight! Good luck to all the team on there new venture thank you for looking after us :) 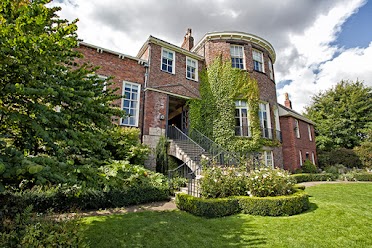 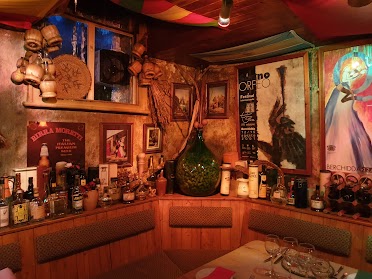 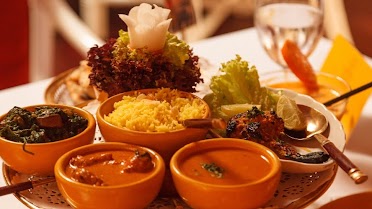 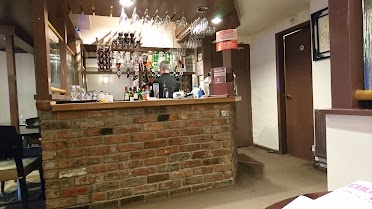