Some very unpleasant staff, who have an attitude towards narcissism, especially Dr Mann, who seemed

Some very unpleasant staff, who have an attitude towards narcissism, especially Dr Mann, who seemed to rejoice in telling lies, as if she may have mixed up names, but there was no need for the level of rudeness during each meeting. I always left feeling much worse. Also a member of staff called ‘Dean’ has on many occasions been aggressive and almost to the point of using violence and this was during a group meeting. He is unprofessional and not altogether ‘with it’. He makes baseless, dangerous accusations that have no basis in fact, and then seems unwilling to listen. A deeply unpleasant experience overall.

I've been in the system for well over a year now, I thought I was getting a good service at first wi

I've been in the system for well over a year now, I thought I was getting a good service at first with regular appointments and therapy sessions that seemed to be going well. I was then put on medication for Bipolar Disorder and I feared that I had been mis-diagnosed, I called them up to arrange another appointment with a new psychiatrist and they told me that I wouldn't get an appointment as soon due to covid (I was fine with this) I waited a few weeks and stopped taking the medication as it was making me sick and suicidal. I got a letter though nearly 6 months ago saying I was now eligable for an appointment and to wait for another letter confirming an appointment, I waited around 3 months and called, I couldn't get through (i tried every day for 3 days to try and get through) i called again around 2 weeks ago and was told someone would get into contact with me, they never did. I called again yesterday and was promised a call back but alas no call AGAIN. This Mental Health "service" is appalling, they never answer the phone on any of the extensions, they never call back, it takes months and months for anyone to acknowlege you're in the system and when they try and "investigate" why you haven't heard anything , you never hear anything until you have to eventually call back because they've forgotten. On another note, they rarely (if ever) actually listen to your needs, they just give you medication and send you on your way. As a Mental Health Service you'd have thought they would try and help rather than cause more unnecessary anxiety.

Dr Fiona Mackie has been helping me, and she has honestly helped change my life for the better. She

Dr Fiona Mackie has been helping me, and she has honestly helped change my life for the better. She is a credit to Union house and all those in her profession.

No treatment offered. Rude and uncaring staff. Can’t remember her name, but I saw a lady in a whee

No treatment offered. Rude and uncaring staff. Can’t remember her name, but I saw a lady in a wheelchair for an assessment. She didn’t even ask for the forms I had to fill in, they’re deciding whether they’ll see you prior to the assessment and only seeing you because they have to. 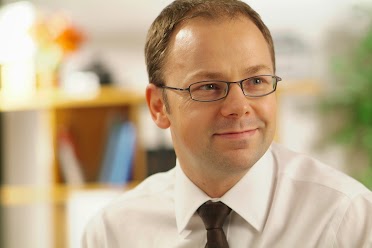