Escape Nails & Beauty located at 76A Goodramgate, York YO1 7LF, UK Book an appointment or need answers to a question, please feel free to contact us by phone 01904 655725

Note: These Images are displaying via Google Maps Api, If you see any Copyright violation on our website please contact us ASAP. Attributions: Escape Nails & Beauty

I would love to write a glowing review of Escape Nails & Beauty because I like to support local small businesses where I can, unfortunately the only thing I can give them 5 stars for is aggressive rude and unethical behaviour. I was given a treatment voucher by my friend for a birthday present in April and as I saw there was no expiry date I decided to keep it for the party season. As it turned out I gave it to my visiting daughter-in-law to use as she was attending a function in Manchester with my son. She returned with the voucher saying it had expired and they expired after 6 months. I looked again at the voucher and saw there was no expiry mentioned and no website address printed on the gift card so I emailed, asking for an explanation. No reply to the email so I phoned and explained the situation. The woman, who I presume is the manager/owner was exceptionally rude and just shouted the fact that they expire after six months over the top of everything I tried to say. She then put the phone down on me, like a petulant teenager confronted with having their their hands in their mother's purse. She may or may not do great nails but her determination to steal my gift suggests business may not be booming. It would be easy to print "Valid for 6 months" on the gift card but then all the recipients of these gifts would turn up within the time frame for their treatments and my friend and other peoples friends and family would no longer be gifting the salon instead of the intended recipient. I would like to point out that the gifts are for a sum of money not a specific treatment so inflation doesn't enter into it from the salon's point of view. It is only the recipient of the gift who would lose out if prices went up.

I have been a client at Escape.... for 10 plus years. I have always received the best customer servi

I have been a client at Escape.... for 10 plus years. I have always received the best customer service and upmost professionalism. The atmosphere is relaxed, fun and friendly. They go out of their way to accommodate you. I receive compliments on my nails on a daily basis. I have recommended Escape.... to several friends who have come away happy.

I have been a client at Escape Nails & Beauty for the past 9 years and are always very polite i have also been given great service by the girls and left with fantastic nails i would recommend to anyone. i would definatley say the best salon in york by far!!!! thanks girls keep up the great work looking forward to getting my nails done again :)

The girls were friendly and did a nice job however I asked for a standard pedicure which is frankly what I received, feet in a plastic bucket with warm water and file polish etc. however when it came to pay I was told what I had had was a spa pedicure and was charged nearly double what I was expecting to pay/had booked for. What makes it a spa treatment I have no idea but either way left me feeling extremely uncomfortable and awkward and they did nothing to compromise on this even though I made it clear that wasn't what we had booked Good nails but expect to be overcharged.

My wife always loves having her nails done by the wonderful girls. They are friendly and full of kno

My wife always loves having her nails done by the wonderful girls. They are friendly and full of knowlage. Always a brilliant job can't rate highly enough. 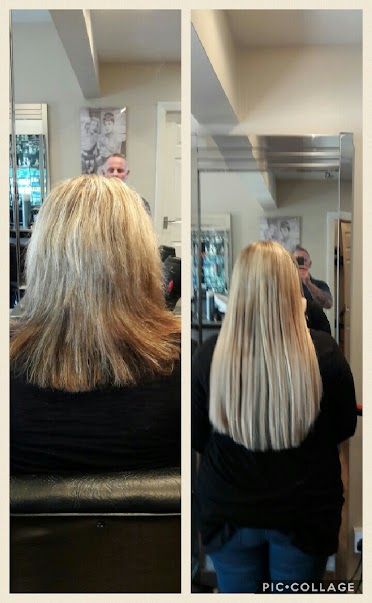