Note: These Images are displaying via Google Maps Api, If you see any Copyright violation on our website please contact us ASAP. Attributions: Cavendish Medical Centre

Currently complaining to the NHS about one or maybe more than one of their GP's. This practice as d

Currently complaining to the NHS about one or maybe more than one of their GP's. This practice as did Arrowe Park Hospital were informed in 2014 by a Consultant Psychiatrist about the onset of dementia following the results of a brain scan on a family member 2008 , both the GP and Hospital failed to diagnose it at the time and would have remained ignorant if it was not for the consultant. The GP could have accessed the results at any time but decided to assume what A.P.H. had said was acceptable. (Everyone knows never assume anything in life Everyone) so she didn't bother following up the scan or to even look at it although it was on the system (5mins wrk). The injury sustained was a head trauma, split wide open from the eyebrow to the hairline on a 76yr old woman. In the world of assumptions you would assume that considering the severity of the injury on a person of that age the GP would have looked at the scan results just as a matter of cause?? Well 6yrs later a diagnosis of vascular dementia was made by the GP (this was when the vaD was found by a consultant), no treatment was given and the family was not informed. 5mths after that diagnosis a further diagnosis was given of multi infarct dementia and I'm sure you can guess that the family was kept in the dark once again. It wasn't until March 2015 I became aware of the family members condition and it was not until November 2016 it came to light about the failure to detect Dementia in 2008. I now have the response for my complaint and as you may or may not have guessed the finger pointing has started. you would think that between the two organisations they would get together to come up with a solution, instead of having me running around complaining. Why can't they admit they made a mistake and accept responsibility for it? (sad state the country is in, and it will not improve)The practise did however conspire with social services and the police who all waded in with their size 10's trying to deny me a relationship with my only family member. The results of these actions are shocking, you must read my review on the Stein Center AMHT at St Catherine's Hospital. My advise to anyone reading this who has a family member suffering from dementia or any condition is, always get any contact in writing or by email, tape record any physical meetings, take names position within the organisation etc. Make sure you apply for lasting power of attorney. Apply under the data protection act 1998 for any information held by the authority's on you and your family I am very disappointed with the results of my complaint and within 5 minutes had pulled the response apart. One thing for sure is I will be getting my day in court with all involved and will post the results here with advise on how to do the same for yourselves Thank you for reading

An outstanding Practice. I have been a patient of Cavendish Medical Centre for over 20 years and hav

An outstanding Practice. I have been a patient of Cavendish Medical Centre for over 20 years and have found both service and care to be exemplary. I have never felt the need to book with one specific Doctor because all I have met share the same approach; they listen and then respond in a considered and proactive way. The nursing team and reception staff are also excellent; friendly and professional. I was worried when their morning appointments arrangements changed in recent years, but I needn't have. Even during this pandemic, I have been able to get prompt treatment. I recommend this Practice all the time - thank you for the fantastic work you do. 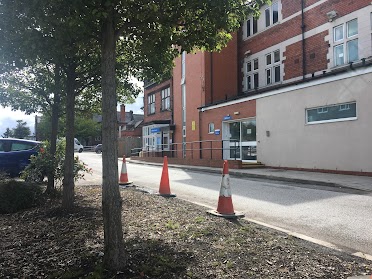